Home » What is ketamine used for?

What is Ketamine Used For? 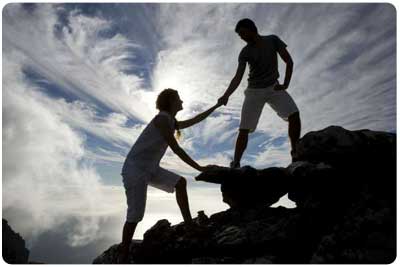 Ketamine is used for anesthesia in adults and children as either a sole agent or as an induction agent, or as a supplement to spinal or epidural anesthesia/analgesia. It is used for planned surgeries in hospitals and ambulatory surgery centers, and for emergency surgeries in the field. The NMDA receptors found on the dendrites of the inhibitory neuronal populations are less sensitive to the effects of ketamine than those located on the excitatory neurons. Ketamine causes central nervous system depression that is hypothesized to be due to ketamine preferentially inhibiting excitatory-to-excitatory coupling above inhibitory-to-excitatory coupling.

As a bronchodilator, ketamine can be used in reactive airway diseases such as asthma, chronic obstructive pulmonary disease, and viral upper respiratory infections. Evidence for this application is limited.

Ketamine treats depression, especially treatment-resistant depression and refractory bipolar depression. Ketamine is considered a rapid-acting antidepressant. Ketamine’s antidepressant effect is most likely due to the metabolism of (R,S)-ketamine to (2R,6R)-hydroxynorketamine (HNK) which causes early and sustained activation of α-amino-3-hydroxy-5-methyl-4-isoxazole propionic acid (AMPA) receptors.

Ketamine may be used intraoperatively to help decrease the severity of postoperative pain. In addition, it may be used as an opiate-sparing drug, allowing patients to use less opiates or opioids and thus reduce the side effects of opioids. A single subanesthetic dose of ketamine relieves depression-like behaviors induced by neuropathic pain in rats.

Less well studied, ketamine can be used to help reverse tolerance to opiates.

Few medications have demonstrated sufficient efficacy in PTSD; selective serotonin reuptake inhibitors, serotonin norepinephrine reuptake inhibitors, and other drugs are associated with significant levels of nonresponse and persistent residual symptoms, even in responders. One study showed that a single dose of ketamine was associated with rapid reduction in core PTSD symptoms in patients with chronic PTSD, and symptoms remained significantly reduced at 2 weeks in approximately a third of patients who responded to ketamine. More work needs to be done to determine the role of ketamine in PTSD treatment.

Ketamine has been used to treat obsessive-compulsive disorder (OCD), a condition that affects approximately 1% of the US population. First-line treatment for OCD involves a combination of a form of cognitive-behavioral therapy called exposure and response therapy, and the antidepressants called serotonin reuptake inhibitors (SSRIs). While these interventions are quite effective for a large portion of patients, studies show that partial remission occurs in approximately 40% of patients. Of these patients, about 60% relapse within 5 years. While a 2012 open-label trial did not find support for the use of ketamine in improving OCD outcomes, a randomized trial reported in 2013 found that 50% of participants responded to treatment with a single dose of the drug.

The application of ketamine for the treatment of autism is controversial. Glutamatergic modulators, including ketamine, d-cycloserine, amantadine, and memantine, have been the focus of drug development to treat social impairment symptoms in autism spectrum disorder. Intranasal ketamine is currently being used in a placebo-controlled crossover pilot study to examine its therapeutic potential for autism spectrum disorder. Sponsors of the study are the Children’s Hospital Medical Center in Cincinnati, Roivant Sciences, Inc., and Cures Within Reach. The estimated study completion date is December 2018. Ketamine may be effective for the treatment of autism spectrum disorder, but further research is needed to establish a connection.